7 Reasons You Should Hire A Freelance Graphic Designer

According to contrary belief, a freelancer isn’t a synonym for unemployed. A freelancer is simply a professional that doesn’t want to associate with an agency or firm. Maybe because his ideas are too revolutionary for the said firm or he cannot comply principally with the ideology of the agency, and it’s only fair. Like they say; to each his own. So, a freelancer works from his own home or work base and usually deals one-to-one with the client.

Freelancers can be present in any field of work: technology, law, tutorship, journalism et cetera. However, the maximum number of freelancers can be found in the field of technology. Even among them, there are quite a lot of graphic designers. The work profile of a graphic designer includes combining their artistic eye with their tech savvy brain to captivate consumers. They plan the layout of magazines, products, websites and advertisements so as to make the product or the agency attractive and appealing to the consumer. So now when you see an eye-catching visual on a website, you know who should get the credit for it.

One day like you, I was in need of someone for graphic designing, and my first thought was to approach a top graphic design agency. There are so many agencies out there and each a copy of the other. I was extremely confused. So I gave it a second thought and saved myself from making a terrible mistake. I was recommended a freelance graphic designer by an acquaintance. What followed was a series of realizations which have led me to conclude that freelance graphic designers are truly amazing.

Why They Are Better Than Agency Designers 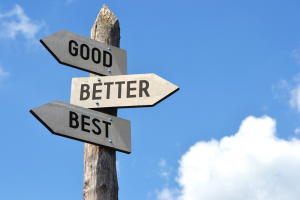 As soon as I met with the freelance graphic designer, he seemed as passionate about my project as I was. He patiently listened to each detail and constantly kept asking me intricate questions about colour schemes, designs et cetera. He was so involved in the project from the get go which brings me to my first reason.

To conclude, on a deeper level, the real difference between agencies and freelancers is this; agencies work for profit but a freelancer works out of passion. With this having been said, I’ll leave the rest to you.

How To Get The Best Dedicated Web Designers For Your Business